Tea is the second most-consumed beverage in the world, behind water. Its history spans over 5,000 years and was popular all the way back to ancient China. Since ancient times, tea has been revered for its bountiful health benefits and therapeutic properties. Today, over 6 billion pounds of tea are harvested annually, and the best loose-leaf teas are comparable to fine wine.

As the story goes, it was told that once a wise man sat under a tree, drinking some water and a leaf fell into his drink. He proceeded to drink it and came to the realization that it was actually good. Further investigation into this, he found there were certain benefits from the custom beverage. And there we have it, the birth of TEA.

All “true” tea comes from the same plant, called the Camellia sinensis. Any leaf, root, fruit or flower that comes from a different plant is considered an herbal tea. For example, chamomile flowers and peppermint leaves are considered herbal teas because they do not come from the traditional tea plant. It is important to distinguish between real tea and herbal tea since the flavor, health benefits and nutritional characteristics vary from plant to plant.

In addition to caffeine, tea contains an amino acid called L-theanine. "Several studies from Japan and the UK have shown that consumption of 50mg of L-theanine increases alpha wave activity in the brain, with the maximum effect occurring about 80 minutes after consumption. This amount is equivalent to approximately three cups of tea. Alpha waves correspond to a relaxed-but-alert mental state, and are believed to be an important part of selective attention (the ability to choose to pay attention to something and avoid distraction by other stimuli)" [source: http://www.teageek.net]. L-theanine in tea produces a type of "mindful awareness" not evident in coffee. This is what prevents the 3pm "coffee crash."

There are four types of tea... White Tea, Green Tea, Oolong Tea, and Black Tea, all coming from the same plant. Tea is great for resetting the biochemistry of the body, in which, could reverse inflammation, imbalances, and more. 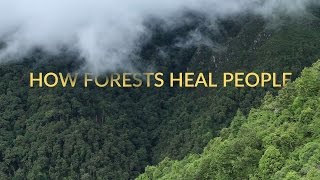